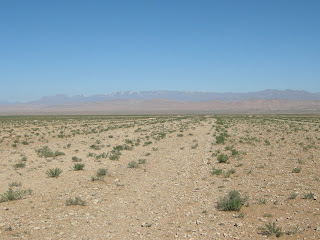 Up early again next morning and heading for the 'New Tagdilt Track' by the new Inknouen Road. First stop was to the famous Wheatear Wall for Mourning Wheatear but after several hours - no joy. Desert Wheatear were very numerous here which allowed some more mega digiscoping opportunities. 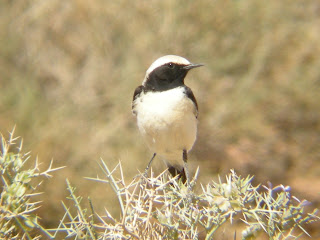 Thick - Billed Lark was also high on our prioroty list that day and we eventually found a superb male, albeit very showy. 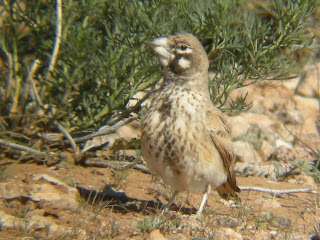 Mid morning we headed off up into the hills to the Dades Gorge for a walk for some mountain/ scrub birds. Here we encountered Grey Wagtail and Yellow Wagtail, Blue Rock Thrush, 1 Dartford Warbler, Spotted Flycatcher, Woodchat Shrike and several House Buntings.

In the afternoon we concentrated our efforts on searching for Scrub Warbler at a renowned site at Kilometre 2 and no sooner had I stepped out of the car, 3 birds popped up and began calling and showing really well. However, not the easiest bird to digiscope as they never stopped moving. 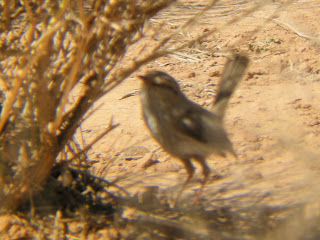 Early evening was soon upon us so we deserperately tried to find the 'Auberge Derkhaoua' (our hotel for the night) in the mean time got ourselves completely lost in the middle of the Saharan Desert and it was pitch black! Luckily, a Moroccan we named the 'Blue Flash' came to our rescue and very kindly took us to our hotel, but ofcourse it was for a price..

On arrival, our room had been taken by a family as we hadn't phoned ahead earlier to let the owners know that we would be late. No food either so we finished off the pringles and bread that we had left, had several glasses of whisky and tried to get as comfy as possible as that night we slept in the car in the hotel car-park. Not pleasant at all but being woken up at 3am by a churring Egyptian Nightjar wasn't all that bad! 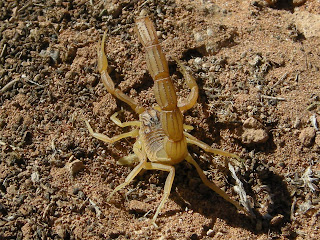 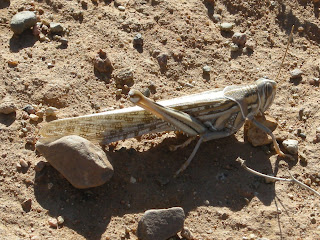