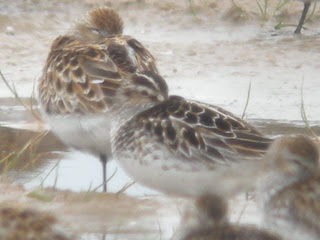 Completing all the ringing that was needed with Kane, I decided to have a quick visit to Hoylake on the Wirral on my way home. There had been a Broad-Billed Sandpiper associating with a large flock of Dunlin on the shore line on the incoming tide.

On arrival, I was greeted with a flock of at least 6,000 Dunlin and having come straight from Atherton, I only had my bins with me. 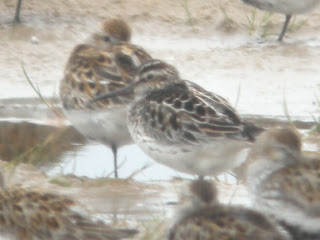 The bird was soon located and great views were had of this beautiful little wader whee it showed to within 30ft from the gathering crowd. This is a bird I had wanted to see for a while as in 2010 I twitched the same species up in Saltholme and was unlucky in that respect. 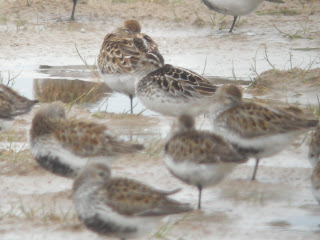 The crowd and the incoming tide at Hoylake/Meols on the Wirral. A great end to an amazing few days ringing. Nearby there was a Buff-Breasted Sandpiper at Frodsham Marshes and a Male Citrine Wagtail at RSPB Conwy in North wales - neither were seen.. 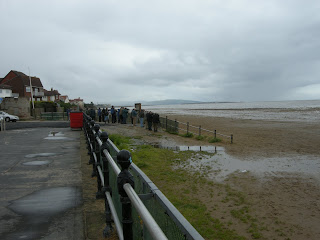