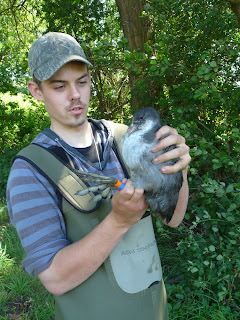 Unfortunately after having all week to fully update my blog, the time has now arrived where there is only time for a brief update on things.. But don't worry, a full update will be available in August sometime once I have finished my travels..

The reason for this brief update is mainly because I am flying out to Iceland tomorrow around lunchtime and won't be returning until August 7th. This trip will be with Kane Brides, Craig Brookes and Ciaran Hatsell and will be one to remember that's for sure..

The purpose of the trip is ringing in various locations in Northern and Western Iceland.. I shall not however be giving any hints as to what I shall be ringing until my return in August - just think what birds Iceland has that we don't and you won't be far off..

I will be leaving my house in Ormskirk about 5:30 so there is just enough time to talk about recent ringing and birding ventures..

Rarities seen recently include: Marmora's warbler, White-tailed plover, Wilson's Phalarope, Red-footed falcon, Montagu's harrier and Gull-billed tern in Devon a few days ago.. The yearlist for 2010 isn't going too bad but I should be on more by now, but with a total of 232 for the year so far I can't complain.. White-tailed eagle, Golden eagle and Corncrake on the Isle of Mull too.. 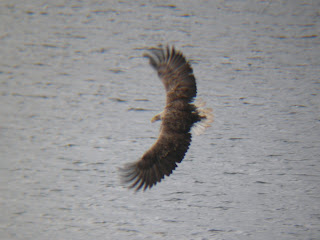 Birds ringed recently include: Barn owl, Kestrel, Magpie, Coot and lots and lots of other species and in large numbers too..

Tonight I am helping Kane Brides and his trainer Stephen Christmas net one of their Sand martin colonies in Manchester which shall be a good experience..

Anyway, must be off now.. I just hope there are no mega's or 1st's for Britain in this area whilst I am away..

Good birding to you all...
Posted by Chris Bridge at 07:46 No comments: