Another long and enjoyable day's birding along the North Wales Coast on the Sunday just gone.. I met up with good friend Alex early on the Sunday morning at 9am at the layby by the Aber Ogwen reserve by the main road. Since I had been revising solidly for the past 3 days and not venturing out of my room, I somewhat needed some fresh air and the 3 mile walk certainly did the job.....
First stop was Aber Falls at Abergwyngregyn where we enjoyed good views of Wood warbler trilling up in the dense canopy of the truely wonderful Sessile oak woodland, which is predominantly what this site is protected for.. The bird sang from several branches but there was not enough time for a record shot as it was quite flitty. Other birds here were Pied flycatcher, 4+ Male Redstarts, Dipper and singing Garden Warbler

Next stop was South Stack RSPB on Anglesey - Hundreds of Auks on the cliffs! Birds seen here were Guillemot, Razorbill, Chough, Wheatear, 3+ Puffin - {Yeartick} and Alex picked out a Dark-phase Arctic skua {Yeartick} tanking it towards the direction of Holyhead.. 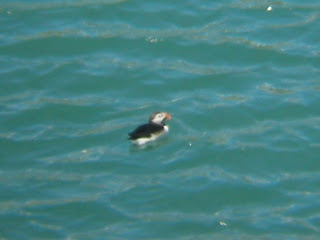 Puffin - one of several individuals seen

Next stop was onto Cemlyn bay where we had great views of Sandwich Tern, Common Tern and at least 2 Arctic Terns {the latter/2 yearticks}.. Trying to ID the Arctic terns with a heat haze was rather tricky but we managed to pick out to definete birds; with much smaller legs, bright red bill with no dark tip and a less-extensive black cap..
A short seawatch provided nothing out of interest and no Manx shearwaters, which was a surprise.. However, a Chough appeared, which was colur-ringed! I persued it and got a decent enough shot. I am currently waiting on confirmation of when and where the bird was ringed etc etc 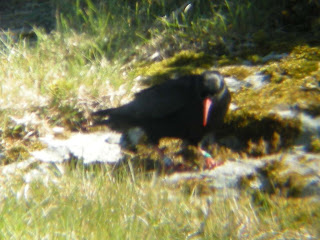 Satisfied with that and 4 yearticks for me and 8+ for Alex, we moved off and onto Penmon point near Beumauris on Anglesey in search for Grasshopper warblers... We were not dissapointed... First the characteristic pose of a 'gropper' reeling, then better pictures.. 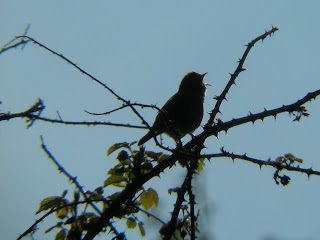 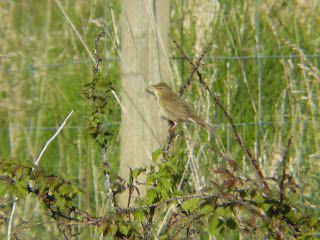 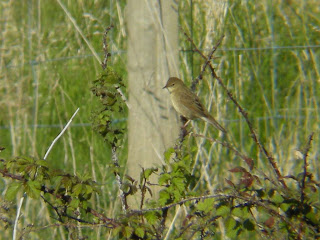 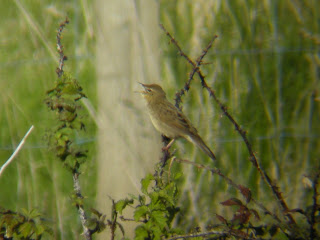 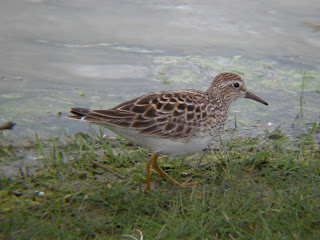 It has finally reached the point in my first year of univeristy life, where my exams are now upon me. I have a total of 5 exams during the next few weeks, so the stress levels are already at their peak right now. As well as having 5 exams to revise for, I have 3 reports to write up and another 2 online tests which shouldn't be that bad! 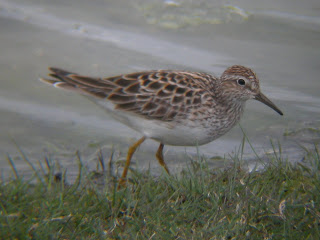 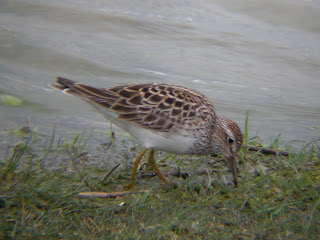 Having needed a break from uni for a while, myself and my dad have just got back from a superb weekend's birding up on the East coast in Yorkshire. We departed Ormskirk early on Saturday afternoon and were back by 6pm on the Monday. A total of 110 birds were seen during the weekend with many interesting birds seen - a day at Spurn, but more of that later..
I have an hour or so to spare before I get back to the revision so here....we.....go..... 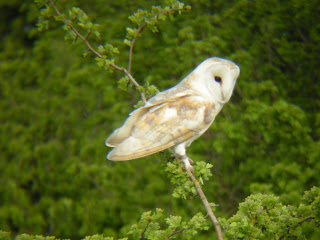 Hightlights include:
- North Cave Wetlands on Saturday afternoon where we picked up 2 Pectoral Sandpipers which were showing pretty damn well as the pictures will show.
- A day at Spurn on the Sunday connecting with 4 yearticks which included: Whinchat, Cuckoo and Little Tern and Spotted Redshank in full summer plumage, 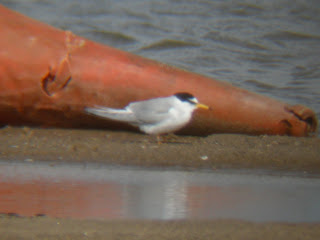 - A day at Thorne Moors on our way home on the Monday produced: Marsh Harrier, Turtle Dove, Hobby, Garden warbler and Barn owl in the morning, 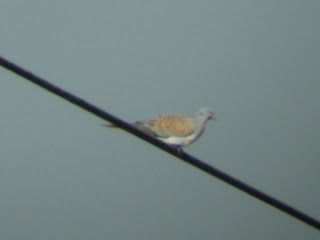 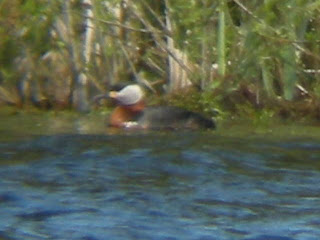 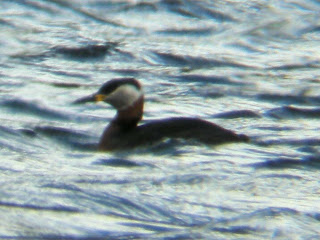 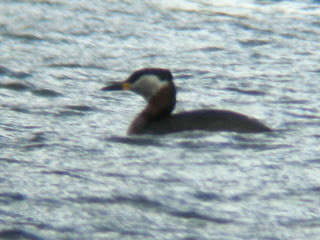 A nice tally of 110 birds for the weekend was respectable and a total of 10 yearticks - Marsh Harrier, Hobby, Spotted Redshank, Pectoral Sandpiper, Little tern, Turtle Dove, Cuckoo, Barn Owl, Whinchat and Garden Warbler brought my yearlist for 2010 to 202! The Red-necked grebe was my 3rd this year..
Posted by Chris Bridge at 05:08 No comments: