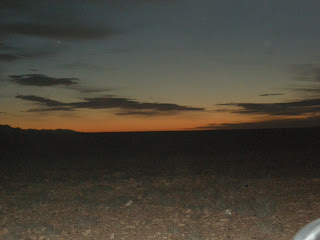 Next morning we were up at dawn and deciding not to have any breakfast this morning. Instead we headed for the 'Old Tagdilt Track' for the dawn chorus and a whole morning in search of Larks and Wheatear species. Spending 6 whole hours on the deserts proved tiring, but extremely rewarding. Temperatures reached a high of 35 degrees - any hotter and we would have keeled over! 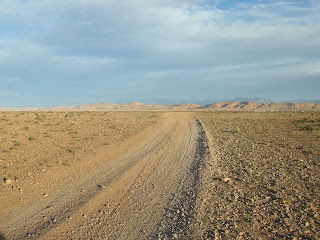 The Tagdilt Track is the best site in Morocco to find Larks and Wheatears in good numbers. Mile upon mile of stony, deselate landscapes.. Covering every possible area proved worthwhile as we were rewarded with mega views of Crested, Thekla, Short-Toed, Bar-Tailed Desert, Temminck's, Hoopoe and Thick - Billed Larks. Northern, White - Crowned Black, Black, Desert and Red - Rumped Wheatear were also seen during the morning. 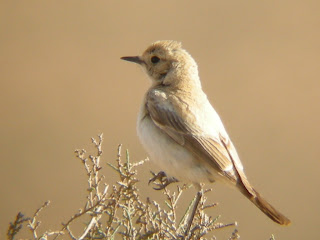 Everywhere we went there seemed to be hundreds of Trumpeter Finches. Managing to locate several areas where there was cover proved very productive as migrants such as Turtle Dove, Nightingale and Melodious Warbler hung out in small patches of vegetation in the middle of the Saharan Desert! True migration witnessed at first hand. 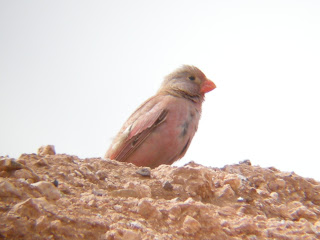 Finishing up at around 3pm we managed to have our breakfast, which consisted of some Pancakes, Jam and several mugs of Coffee. A stunning Southern Grey Shrike perched nearby allowing some great digiscoping opportunities. 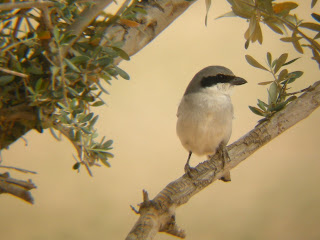 Mid afternoon and we headed into Boumalne Dades as we had inevitably found ourselves with a flat tyre. Whilst Ralph went and spoke some Moroccan to try and get the car up and running again.. Eugene and I headed into a little Oasis nearby. This place was astonishing and alive with migrants. Birds such as Nightingale, Western Olivaceous Warbler, Western Orphean Warbler, Western Bonelli's Warbler, Pied Flycatcher and Serin were abundant and in large numbers. We could have spent hours in this small oasis.

Finishing up with our 2nd night in the 'Le Soleil Bleu' Hotel, we grabbed a quick shower and enjoyed the delights of our evening meal, followed by several bottles of red wine and an update in the birdlog which is on show here and gives up -to - date sightings from the Tagdilt Track from visiting birders.. 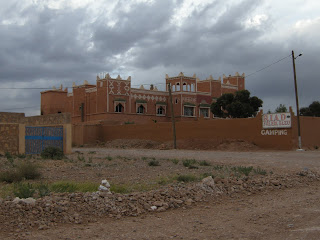