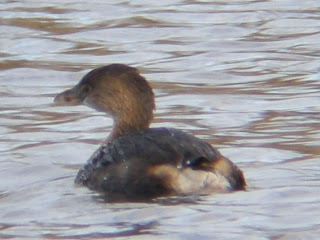 Despite university and many a lecture, I still find time to do some ringing here and there.. I don't half get about I can tell you that much! Having given the Waxwings a rest now and a chance to feed, Tuesday was full of lectures and rather windy field trip to South Stack in those strong gales, 80mph on the stacks, proved rather funny! I've certainly had my fair share of strong winds lately.. 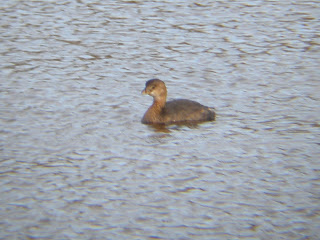 Took another train to Newt0n-Le-Willows on the Tuesday night to do a bit of ringing with Kane Brides the following morning.. Kane hadn't netted his feeding station for about 2 weeks so we were up at dawn and with the net set, waited for the birds to arrive.. The morning started quite slow, but later on in the morning, things went rather quiet! We did however manage to catch about 60 birds throughout the morning which was pretty damn good!! I decided to leave Kane and headed off to Hollingworth Lake near Rochdale in search of the Pied-Billed Grebe. The bird had been present on the lake for at least 6 days and identified as a Little grebe throughout this period, but once a local birder found it on the lake and asked how long it had been there, the news was put out and the twitch was on!

A short change at Manchester Victoria and a train to Smithy Bridge, a short walk and there infront of me was my first Pied-Billed Grebe. A UK tick, lifetick and a more than welcome yeartick.. Concerning my yearlist, this was my 268th of 2010. Just 12 to reach 280! 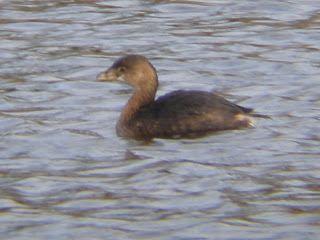 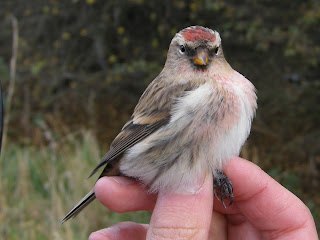 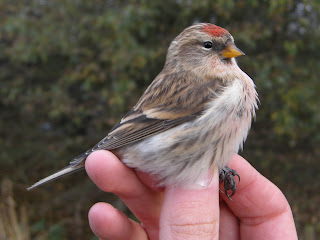