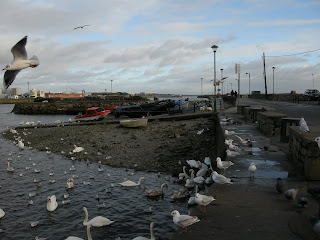 Kick starting the year off; Kane, Ciaran, Craig, Gillian, Zac, Matt, Andy, Heather and I have just returned from our trip to Ireland. The main aim of the trip was to catch and ring gulls, mainly Black-headed, Common and Herring and this year I am please to say it was another success. 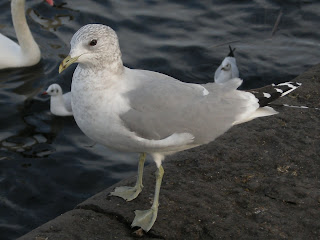 The trip began on January 2nd when we flew out to Dublin early morning, shortly followed by a bus journey to County Galway on the West coast of Ireland and returning in the early hours of Saturday.

Throughout the trip 19 Black-headed, 1 Common and 4 Herring Gulls were caught by hand. Several ringed birds were also seen but not as many were around as previous years. 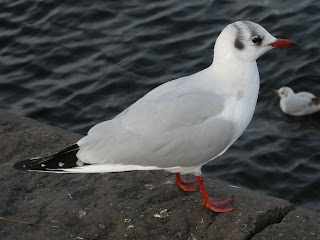 The evenings were spent touring the local Irish pubs in search of Guiness, great food and live music in which we all thoroughly enjoyed. 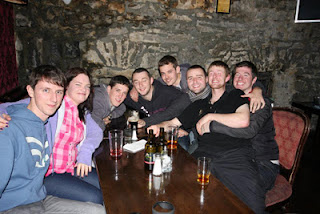 Huge thanks to Gillian for doing all the organising and to Kane and all the rest of the group for making it another huge success. Here's to next year guys!
Posted by Chris Bridge at 13:01