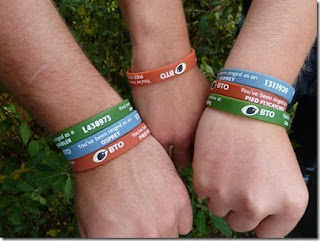 Arriving back from Iceland on Sunday 14th August, exactly a week afterwards and we were back out networking at the British Birdwatching Fair at Rutland Water. I joined Kane and Gillian for the weekend and as this was my 1st time to the fair, I was rather impressed by the size of the site!

We all got ringed during the weekend as part of the BTO's ringing demonstration. These bands had individual ring numbers from 3 particular species; Pied flycatcher, Osprey and Garden warbler and members of the general public could research about where these birds had been ringed etc. A great idea to involved the younger generation of bird ringers.

Throughout the weekend Kane was mostly working on the Wildfowl and Wetlands Trust (WWT) stand talking about various projects that the trust are currently working on. Gillian kept herself occupied, whilst I spent most of my time at the ringing station along with Kelvin Jones.

Birds caught included Garden, Sedge and Reed warbler but best of all was an adult Nightingale! Having handled this species in Spain a few years ago it was great to see them up close, in the UK this time.

The weekend was also a great chance for me to meet new people and catch up with old friends. Meeting Lee Barber and Dave Leech from the BTO, Richard Brown and Giselle Eagle from Bardsey Bird Observatory and many other people from different organisations made the weekend superb!

Meeting celebrities like Simon King, Bill Oddie, Johnny Kingdom and the Urban Birder was even better!

I also managed to win the Bird Observatories Competition at the Bird Fair! 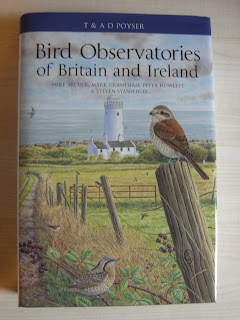 Once we arrived back in the north-west we had a quick visit to Redesmere where we caught 8 Coot with 6 of these being new and the other 2 being controls.
Posted by Chris Bridge at 07:29