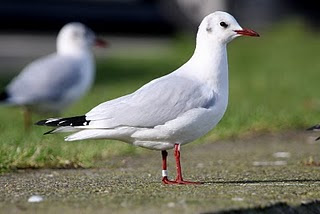 Photographed by Zac Hinchcliffe
After finding the Herring Gull and Black-Headed Gull bearing Darvics at seperate locations, once I was back in Bangor I was keen to get down to Bangor harbour to have a look and see if there were any more ringed gulls.. Several trips were made at the end of January and a few at the beginning of February with some interesting results..
Myself and Zac spent more than 16 hours down in the harbour trying to read the rings that 3 Black-Headed gulls were wearing! Several packets of chips and many photos later, we had solved their identities.. We managed to obtain the full codes of 2 of the birds but the 3rd bird eluded us! 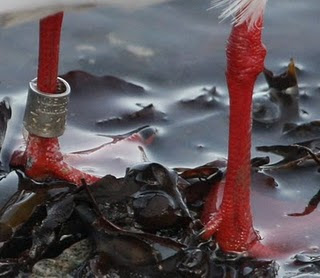 I am not going to be defeated by the last bird so in the next few weeks when I actually have some time spare, I will be down in the harbour in search of that gull and its ring sequence!