An overall update on things... 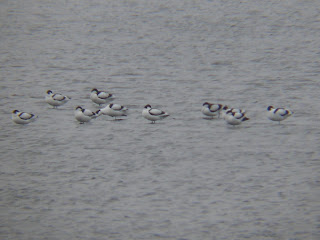 {Avocets at Martin mere}
After being snowed under more or less, with at least 4 reports; some totalling 3,000 words, I have finally found the time to update my blog and if you bear with me over the next few hours, all will be revealed.. Ringing here and there and birding mostly non-stop, is also another reason to why I just haven't had the time to update it..

Since the last post with the twitch down to Cardiff for the Drake Lesser Scaup, busy is exactly what I have been...

To start with, here's a little update on the birding for the end of March at least..

On Sunday 21st March it was our monthly field trip with the Southport RSPB group in which myself and my dad lead, a trip to Aber valley, Llanfairfechan and Little orme was the order of the day. Aber valley itself was relativey quiet with the odd bird here and there but nothing out of the ordinary. I managed to pick out a distant Ring ouzel but by the time I informed the group, the bird had done one over the ridge and wasn't seen again - more chances this year I would expect.. Down at Llanfairfechan, 15+ Red-throated divers, Fulmar and Razorbill were about the best. Onto Little orme and after a long hike for the group, I finally tracked down the female Black redstart in the lower of the 2 quarries above Angel bay.. A tally of 59 was respectable for the day, seeing how quiet it was... 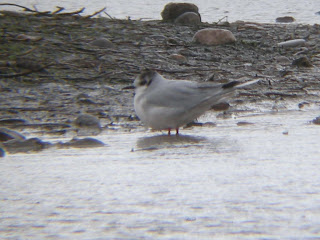 Wednesday 24th March and I was birding once again with my grandad and good friend Alec, which I hadn't seen for quite awhile, nice to catch up.. I was on top form that day as at Martin mere I re-located the Drake American Wigeon from Ron barker hide. {The bird hadn't been seen the day before and had thought to have dissapeared, obviously not}.. Lifer for at least 6 people in the hide and huge thanks were expressed from all... Nothing much else here apart from several 'new-in' Avocets. One of the Drake Green-winged teals was picked out by myself at RSPB Marshside from the Hesketh Road platform, as well as a stunning male Merlin.. Tally for the day - 64! 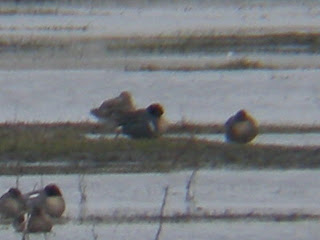 Out again on Friday 26th March to Seaforth LWT with my grandad and best here was a Little gull, Yellow-legged gull, Black redstart and Wheatear... Tally - 56! 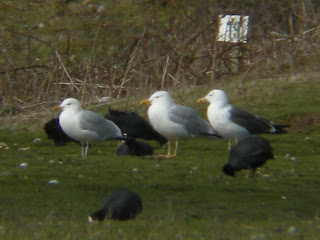 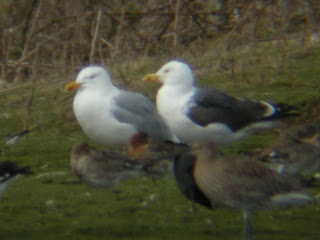 After a very eventful March, what birds would April bring I wonder?