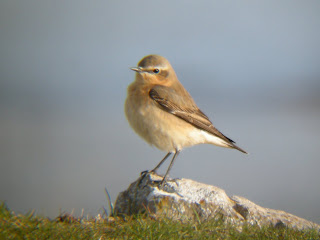 This is more like it.. The spring migrants are back 'en masse'.. Still loads more to come in though.
Monday 19th April was the first time in 10 days in that I had been out birding properly.. After an extremely hectic day at uni, I hopped on an evening train at Bangor and had a few hours of productive birding at Conwy RSPB..
Over the past few days there had been a Lesser whitethroat and a Yellow wagtail on the reserve so these were the targets for the night.. A phonecall from Alex revealed him to have just arrived at Conwy and 5 minutes later and I was in the car with him as he had picked me up from Llandudno station - handy! 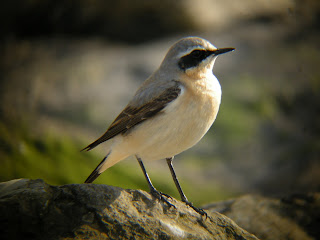 Once through the visitor centre, the birding began.. Sand martins galore and 2 House martins flitted around {both yearticks}, Lots of Swallows and White wagtails totalling at least 80+ {yeartick} and about 7 Wheatears along the coastal path that runs around the perimeter of the reserve.. 4 Yearticks in less than 20 minutes - great stuff!! Met up with Rob sandham at the Lesthroat site and a good listen and scan of the scrub for half an hour, revealed no Lesser whitethroat.. Oh well, maybe next week?? No Yellow wagtail either so we called it a night..

A few Blackcaps, Willow warblers, Chiffchaffs and a Common sandpiper called around the reserve.. 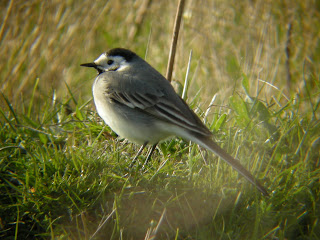 Not a bad few hours birding with 4 yearticks added to the 2010 yearlist...