The question is - any idea what these 2 latin bird names are? Well.. they were once again 2 birds that turned up and both were birds that I hadn't seen in Britain before.. The first is a Great Reed Warbler that turned up at Straw Bridge Ponds in Ilkeston near Derbyshire and the second is an Iberian Chiffchaff that turned up at Potteric Carr YWT near Doncaster. 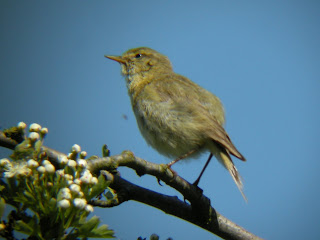 This year I am going all out and trying to see 300 different species of birds in Britain. This is going to be acheived by not being able to drive. Therefore, every rare bird that turns up I need to take advantage of and twitch in order to reach my target.
Still being based in Bangor, this was my starting point. I left Bangor at 6:02am and after changing at Crewe and Stockport, I finally arrived at Doncaster at 9:40am. A short taxi journey and I was at Potteric Carr reserve - 20 mintues later and after a long walk to 'St.Catherine's field' where the bird had been showing, there it was sat in the top of a tree singing it's little head off! Tick! 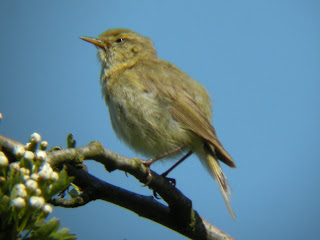 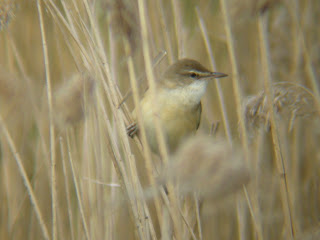 It was now getting on for 12:30 in the afternoon so another short taxi journey back to Doncaster station and a change at Sheffield and then onto Langley mill train station arriving at 2:40pm. The plan was to walk the 7 miles from the train station - which is exactly what I did. The weather was glorious sunshine and I was absolutely sweating in my jeans, but finally after an hour and a half of constant walking I reached the ponds, only to hear the Great Reed Warbler singing away on the furtheset pond from the car-park. A short walk round the first pond, under a dis-used railway bridge and there were 4 birders staring into the tiniest patch of reeds you have ever seen. Somewhere in there was the bird.. It soon showed and what an absolute stonker! Tick and job done! 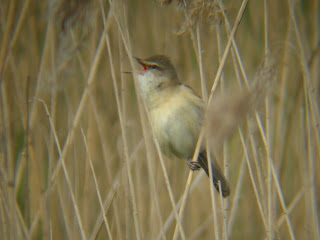 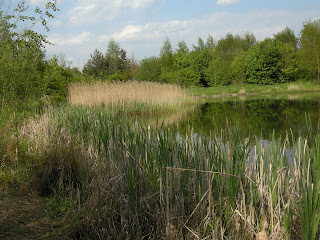 I watched the bird for about an hour and then was kindly offered a lift back to the train station by a birding couple in which it was greatly appreciated! Arrived back in Bangor at 10:22pm and sat down in my room with a 12inch ham and pineapple pizza and collapsed into bed after a long and tiring days twitching!
Posted by Chris Bridge at 08:32